After many distractions it’s time for another blog. Full galleries are at the end of this page. Even though I’ve been quiet on the blogging front, it has certainly not been quiet underwater or, indeed, above it. The last few months have seen some great finds, the most special for us has been the new (to us) Rhinopias, the Rhinopias filamentosus. Initially we thought it was a Ambon Scorpionfish that walked in a funny way and had lost it’s cirrus (the long bits above the eye).  It was only when a guest (thanks Anne) showed me some photos that we investigated a little further. Excitingly, it turn out to be in the Rhinopias family. Even better, we found it in Baguala Bay, away from the main ‘critter’ location of Ambon Bay. 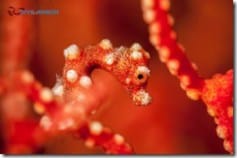 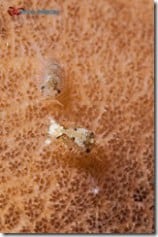 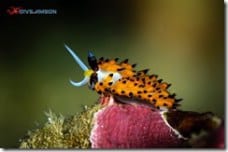 And above water we finally found the elusive Ambon Waterfall. We had heard there was a waterfall somewhere near us, but couldn’t find out where. Well now we know, and it is an incredible beautiful and spectacular place to visit. It only takes about about 30 minutes to get there for the resort and is a set of waterfalls and gorges in the lush jungle and really worth a trip to. So, onto all of Barb’s fabulous photos. Two sets today, underwater and a small set of the waterfalls and Giant River Eels. Also we would like to thank Ben Pugh for sending us a selection of his great photos he took when he was with us. You can see them on the Guest Gallery page.